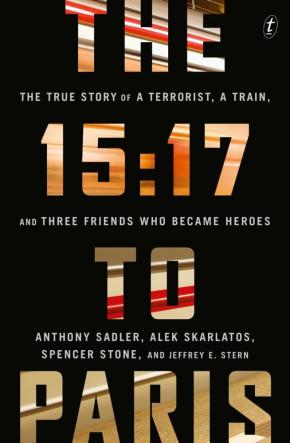 On 21 August 2015, Ayoub al-Khazzani boarded a train in Brussels bound for Paris.

We now know that he was an ISIS terrorist. Khazzani's mission was clear: he had an AK-47, a pistol, a box cutter, and enough ammunition to obliterate the 554 passengers on the crowded train. But as he began to execute his plan, he encountered an unstoppable line of defence: three American friends. The 15:17 to Paris is a gripping account of the foiled attack by the three men who lived it-Anthony Sadler, Alek Skarlatos and Spencer Stone. It is also the story of what compelled three lifelong friends to run towards danger instead of from it-towards humanity, not away from terror.