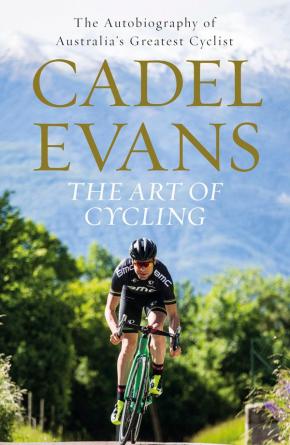 The Art of Cycling

Famous in the sport for his meticulous preparation and an athlete who prided himself on his ability to leave it all on the road, Evans writes about the triumphs, the frustrations, the training, the preparation, the psychology of the sport, his contemporaries, the legends, and his enduring love of cycling. A riveting and forensic account of his life on the bike - from his beginnings as the youngest winner of a World Cup in mountain biking to the oldest post-War winner of the Tour de France. One of only four cyclists in the world to have finished on the podium of all three Grand Tours (the Tour de France, Giro d'Italia and Vuelta a Espana) as well as winning the UCI Road World Championship, Cadel's autobiography is a tribute to a once-in-a-lifetime sporting talent. This book will put you on the bike alongside Cadel as he recounts the races and the moments that mattered - as he places in the top ten in six Tours de France and becomes Australia's first, and only, Tour de France champion and first, and only Road World Champion; as he claims the points jersey at the Giro d'Italia; as he wins some of the world's greatest races - the Tour of Austria (twice); the Tour de Romandie (twice), the Settimana Coppi e Bartali; Tirreno-Adriatico; Flčche Wallone, the Criterium International; and the Giro del Trentino. This is an autobiography of a cycling legend that will become a much-loved classic.