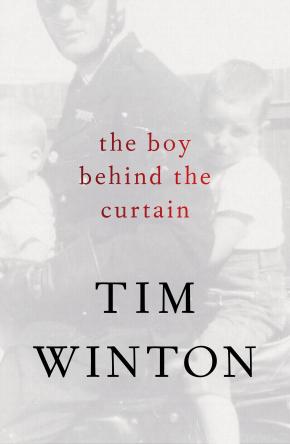 The Boy Behind The Curtain

The remarkable true stories in The Boy Behind the Curtain reveal an intimate and rare view of Tim Winton’s imagination at work and play.

A chronicler of sudden turnings, brutal revelations and tender sideswipes, Tim Winton has always been in the business of trouble. In his novels chaos waits in the wings and ordinary people are ambushed by events and emotions beyond their control. But as these extraordinarily powerful memoirs show, the abrupt and the headlong are old familiars to the author himself, for in many ways his has been a life shaped by havoc. In The Boy Behind the Curtain Winton reflects on the accidents, traumatic and serendipitous, that have influenced his view of life and fuelled his distinctive artistic vision. On the unexpected links between car crashes and religious faith, between surfing and writing, and how going to the wrong movie at the age of eight opened him up to a life of the imagination. And in essays on class, fundamentalism, asylum seekers, guns and the natural world he reveals not only the incidents and concerns that have made him the much-loved writer he is, but some of what unites the life and the work. By turns impassioned, funny, joyous, astonishing, this is Winton’s most personal book to date, an insight into the man who’s held us enthralled for three decades and helped us reshape our view of ourselves. Behind it all, from risk-taking youth to surprise-averse middle age, has been the crazy punt of staking everything on becoming a writer.