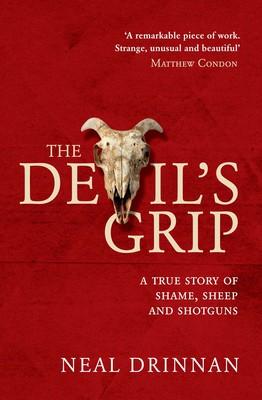 From the bucolic majesty, privilege and snobbery of the Western Districtâ€™s prized pastoral lands and dynasties to the bleak, loveless underworld of orphanages, rodeo stables and homeless shelters,Â The Devilâ€™s GripÂ isÂ a courageous and thought-provoking meditation on the fragility of reputation, the folly of deception and the power of shame

Seven shots ring out in the silence of Victoriaâ€™s rolling Barrabool Hills. As the final recoil echoes through the paddocks, a revered sheep-breeding dynasty comes to a bloody and inglorious end.No one could have anticipated the orgy of violence that wiped out three generations of the Wettenhall family, much less the lurid scandals about Darcy Wettenhall, the man behind the world famous Stanbury sheep stud, that would emerge from the aftermath. Almost three decades later, the web of secrets and lies that led to this bizarre and seemingly motiveless murder spree are unravelled with the help of Bob Perry, Darcy Wettenhallâ€™s secret lover for a decade prior to his murder.