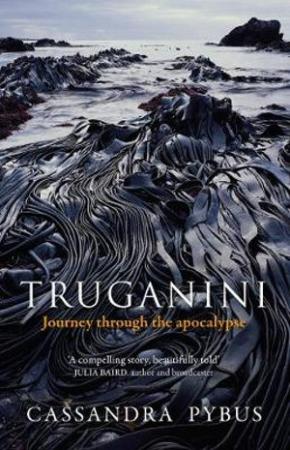 Truganini: Journey through the Apocalypse

From the best selling author of Cassandra Pybus

A compelling story, beautifully told' - JULIA BAIRD, author and broadcaster 'At last, a book to give Truganini the proper attention she deserves.' - GAYE SCULTHORPE, Curator of Oceania, The British Museum Cassandra Pybus's ancestors told a story of an old Aboriginal woman who would wander across their farm on Bruny Island, in south-east Tasmania, in the 1850s and 1860s. As a child, Cassandra didn't know this woman was Truganini, and that Truganini was walking over the country of her clan, the Nuenonne. For nearly seven decades, Truganini lived through a psychological and cultural shift more extreme than we can imagine. But her life was much more than a regrettable tragedy. Now Cassandra has examined the original eyewitness accounts to write Truganini's extraordinary story in full. Hardly more than a child, Truganini managed to survive the devastation of the 1820s, when the clans of south-eastern Tasmania were all but extinguished. She spent five years on a journey around Tasmania, across rugged highlands and through barely penetrable forests, with George Augustus Robinson, the self-styled missionary who was collecting the survivors to send them into exile on Flinders Island. She has become an international icon for a monumental tragedy - the so-called extinction of the original people of Tasmania. Truganini's story is inspiring and haunting - a journey through the apocalypse. 'For the first time a biographer who treats her with the insight and empathy she deserves. The result is a book of unquestionable national importance.' - PROFESSOR HENRY REYNOLDS, University of Tasmania