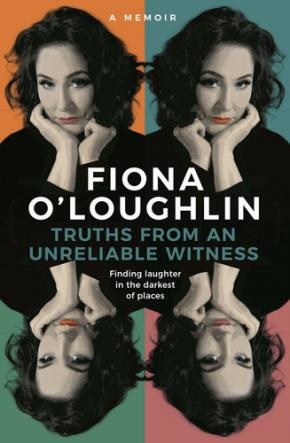 Truths from an Unreliable Witness

A fiercely honest and wryly funny memoir from one of Australia's most loved comedians shows us that no matter how far down you get, there is always a way back.

Fiona O'Loughlin was raised in the generation of children who were to be seen, but not heard... unless there were guests in the house. Then she'd watch everyone, telling stories, making each other laugh. This was where she discovered the rhythm of stories and the lubrication that alcohol leant the telling. Years later, as a mum of five, Fiona would become one of Australia's most-loved comedians, performing gigs in New York, Montreal, Singapore, London, Toronto and Edinburgh. Fiona looked like she was living her dream - but she was hiding a secret in open sight, using alcoholism as material for her comedy and using comedy as an excuse for her alcoholism.Truths For An Unreliable Witness is a fiercely honest and wryly funny memoir of melancholy, love, marriage, the loss of love and marriage, homelessness, of hotel rooms strewn with empty mini-bar bottles of vodka, of waking from a two-week coma, of putrid drug dens and using a jungle to confront yourself. It is about hitting rock bottom and then realising you are only halfway down. Ultimately, it's about hanging on to your last straw of sanity and finding laughter in the darkest of times. You may want to sit down for this.