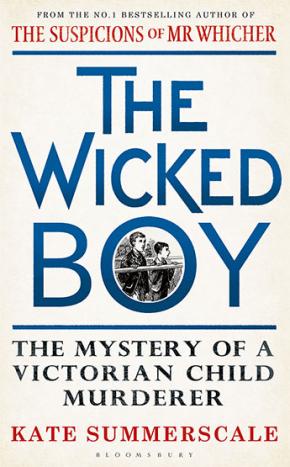 The gripping, fascinating account of a shocking murder case that sent late Victorian Britain into a frenzy, by the bestselling, multi-award-winning author of The Suspicions of Mr Whicher

Early in the morning of Monday 8 July 1895, thirteen-year-old Robert Coombes and his twelve-year-old brother Nattie set out from their small, yellow brick terraced house in east London to watch a cricket match at Lord's. Their father had gone to sea the previous Friday, leaving the boys and their mother at home for the summer.

Over the next ten days Robert and Nattie spent extravagantly, pawning family valuables to fund trips to the theatre and the seaside. During this time nobody saw or heard from their mother, though the boys told neighbours she was visiting relatives. As the sun beat down on the Coombes house, an awful smell began to emanate from the building.

When the police were finally called to investigate, what they found in one of the bedrooms sent the press into a frenzy of horror and alarm, and Robert and Nattie were swept up in a criminal trial that echoed the outrageous plots of the 'penny dreadful' novels that Robert loved to read.

In The Wicked Boy, Kate Summerscale has uncovered a fascinating true story of murder and morality - it is not just a meticulous examination of a shocking Victorian case, but also a compelling account of its aftermath, and of man's capacity to overcome the past.