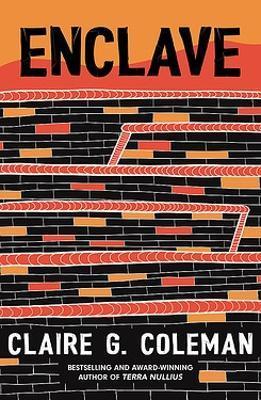 In our turbulent times, Claire G. Coleman's Enclave is a powerful dystopian allegory that confronts the ugly realities of racism, homophobia, surveillance, greed and privilege and the self-destructive distortions that occur when we ignore our shared humanity.

These are troubling times. The world is a dangerous place,' the voice of the Chairman said. 'I can continue to assure you of this: within the Wall you are perfectly safe.' Christine could not sleep, she could not wake, she could not think. She stared, half-blind, at the cold screen of her smartphone. She was told the Agency was keeping them safe from the dangers outside, an outside world she would never see. She never imagined questioning what she was told, what she was allowed to know, what she was permitted to think. She never even thought there were questions to ask. The enclave was the only world she knew, the world outside was not safe. Staying or leaving was not a choice she had the power to make. But then Christine dared start thinking. . .and from that moment, danger was everywhere.

The House of Fortune

The Last Hours in Paris