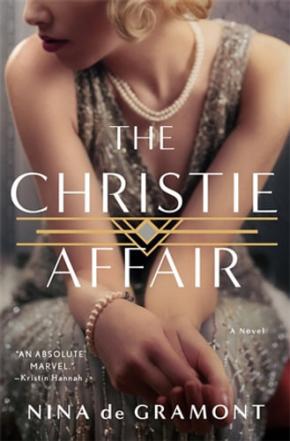 The Christie Affair is a stunning novel that reimagines the unexplained eleven-day disappearance of Agatha Christie in 1926, which captivated the world.

In 1926, Agatha Christie disappeared for 11 days. Only I know the truth of her disappearance. I'm no Hercule Poirot. I'm her husband's mistress. Agatha Christie's world is one of glamorous society parties, country house weekends, and growing literary fame. Nan O'Dea's world is something very different. Her attempts to escape a tough London upbringing during the Great War led to a life in Ireland marred by a hidden tragedy. After fighting her way back to England, she's set her sights on Agatha. Because Agatha Christie has something Nan wants. And it's not just her husband. Despite their differences, the two women will become the most unlikely of allies. And during the mysterious eleven days that Agatha goes missing, they will unravel a dark secret that only Nan holds the key to. . .