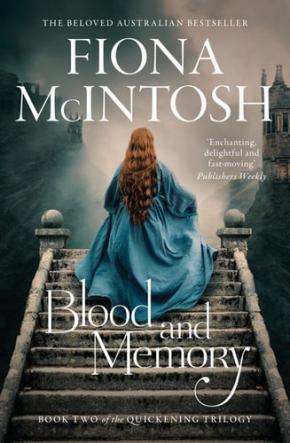 The gripping second novel in the beloved Quickening trilogy, following the bestselling Myrren's Gift, from one of Australia's favourite storytellers.

A tyrant's threat. . .and a single hope. Wyl Thirsk has seen his best friend murdered and his sister imprisoned by King Celimus of Morgravia. Now the king has turned his attention to the neighbouring realm of Briavel - and the woman Wyl loves. Wyl is desperate to return to Valentyna and prevent her marriage to Celimus, but fate has other plans. Trapped by a magical enchantment, Wyl must first track down the elusive Manwitch - the only person who can help him break the Quickening.