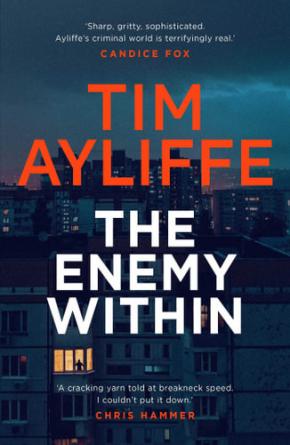 Like Michael Connellyâ€™s Bosch, former war correspondent John Bailey will risk everything to get to the truth â€“ and expose a deadly enemy.

Investigative journalist John Bailey is doing his best to turn his life around after losing the woman he loved. He has a new job. Heâ€™s given up the drink. He even has a dog. But then Federal Police raid his home with a warrant granting them unprecedented powers to take anything they want, including all his electronic devices and passwords. When Bailey protests, they threaten to put him in a prison cell. Someone wants to stop Bailey doing what he does best â€“ exposing the truth. He has been investigating the rise of a global white supremacist group and suspects that a notorious neo-Nazi in the United States has been directing deadly racist attacks on Sydneyâ€™s streets. When the body of one of his key sources washes up on a nearby beach, itâ€™s clear Bailey and anyone helping him have become targets. Bailey reaches out to a ruthless old friend â€“ CIA veteran, Ronnie Johnson â€“ to lure the enemy from the shadows. An enemy who thought they were untouchable. Until now â€¦