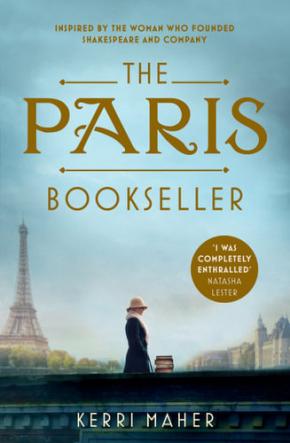 The captivating story of a trailblazing young woman who fought against incredible odds to bring one of the most important books of the twentieth century to the world. For readers of The Paris Library, The Age Of Light and The Paris Wife.

PARIS, 1919. Young, bookish Sylvia Beach knows there is no greater city in the world than Paris. But when she opens an English language bookshop on the bohemian Left Bank, Sylvia can't yet know she is making history. Many leading writers of the day, from Ernest Hemingway to Gertrude Stein, consider Shakespeare and Company a second home. Here some of the most profound literary friendships blossom - and none more so than between James Joyce and Sylvia herself. When Joyce's controversial novel Ulysses is banned, Sylvia determines to publish it through Shakespeare and Company. But the success and notoriety of publishing the most infamous book of the century comes at deep personal cost as Sylvia risks ruin, reputation and her heart in the name of the life-changing power of books. . .