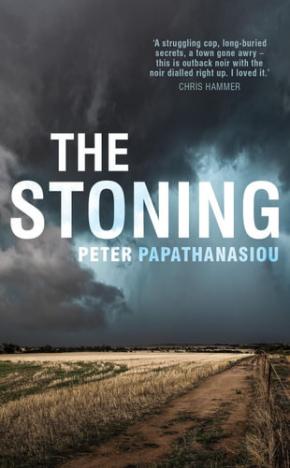 A small outback town wakes to a savage murder.

Molly Abbott, a popular teacher at the local school, is found taped to a tree and stoned to death. Suspicion falls on the refugees at the new detention centre on Cobb's northern outskirts. Tensions are high between immigrants and some of the town's residents. Detective Sergeant Georgios 'George' Manolis is despatched to his childhood hometown to investigate. His late father immigrated to Australia in the 1950s, where he was first housed at the detention centre's predecessor a migrant camp. He later ran the town's only milk bar. Within minutes of George's arrival, it is clear that Cobb is not the same place he left as a child. The town once thrived, but now it's disturbingly poor and derelict, with the local police chief it seemingly deserves. As Manolis negotiates his new colleagues' antagonism and the simmering anger of a community destroyed by alcohol and drugs, the ghosts of his own past flicker to life. His work is his calling, his centre, but now he finds many of the certainties of his life are crumbling. White skin, black skin, brown skin everyone is a suspect in this tautly written novel that explores the nature of prejudice and keeps the reader guessing to the last. The Stoning is an atmospheric page-turner, a brilliant crime novel with superb characters, but also a nuanced and penetrating insight into the heart of a country intent on gambling with its soul.