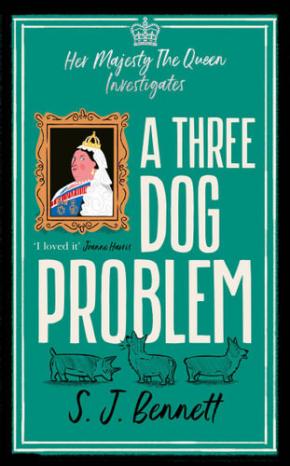 Agatha Christie meets The Crown in A THREE DOG PROBLEM, the much-anticipated second book in the 'Her Majesty The Queen Investigates' mystery series by SJ Bennett - for fans of The Thursday Murder Club by Richard Osman, Agatha Christie and M.C. Beaton's Agatha Raisin.

In the wake of a referendum which has divided the nation, the last thing the Queen needs is any more problems to worry about. But when an oil painting of the Royal Yacht Britannia - first given to the Queen in the 1960s - shows up unexpectedly in a Royal Navy exhibition, she begins to realise that something is up. When a body is found in the Palace swimming pool, she finds herself once again in the middle of an investigation which has more twists and turns than she could ever have suspected. With her trusted secretary Rozie by her side, the Queen is determined to solve the case. But will she be able to do it before the murderer strikes again?