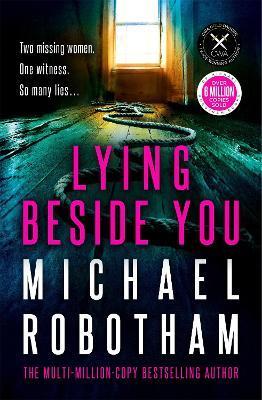 TWO MISSING WOMEN. ONE WITNESS. SO MANY LIES. . . The brand-new thriller by the number-one bestselling and award-winning master of crime. This breathtaking new thriller from the #1 bestselling author will keep you guessing until the very end.

Twenty years ago, Cyrus Haven's family was murdered. Only he and his brother survived. Cyrus because he hid. Elias because he was the killer. Now Elias is being released from a secure psychiatric hospital and Cyrus, a forensic psychologist, must decide if he can forgive the man who destroyed his childhood. As he prepares for the homecoming, Cyrus is called to a crime scene in Nottingham. A man is dead and his daughter, Maya, is missing. Then a second woman is abducted . . . The only witness is Evie Cormac, a troubled teenager with an incredible gift: she can tell when you are lying. Both missing women have dark secrets that Cyrus must unravel to find them - and he and Evie know better than anybody how the past can come back to haunt you . . .