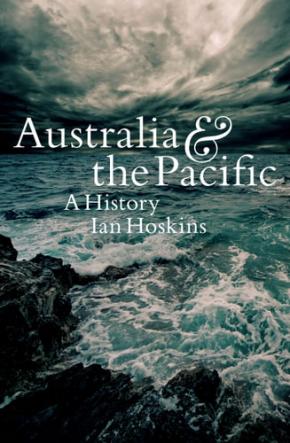 Australia & the Pacific: A History

There are many ways to present a history of Australia and its Pacific neighbourhood, though there have been remarkably few attempts to do so. Had I worked as a reporter, administrator, aid worker or entrepreneur my insights would be very different. So, too, if I were a missionary or the son of the same. Instead, I am a historian. . .

Australia & the Pacific is a revealing new way of looking at Australian history. Ian Hoskins, award-winning author of Sydney Harbour and Coast , expands his gaze to examine Australia's story in a Pacific context; from our relationship with neighbours Papua New Guinea, Tahiti and New Zealand to our complex ties with China, Japan and the United States. Beginning with the shifting of the continents, this sweeping narrative goes on to describe the coming of the first Australians and, thousands of years later, the arrival of the Europeans who dispossessed them. Hoskins explores the colonists' attempts to exploit the riches of the region while keeping 'white Australia' separate from the Asians, Melanesians and Polynesians who surrounded them, and how the advent of modern human rights and the creation of the UN after World War Two changed Australia. And, more recently, the offshore detention of asylum seekers, the current debates over climate change and Australia's responsibilities towards its threatened neighbours.