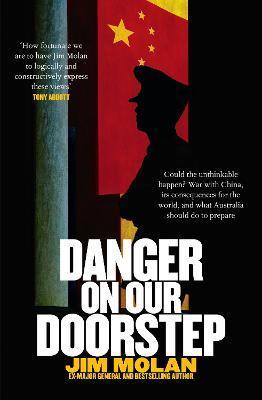 An unsettling assessment of how - and when - war with China might break out and the consequences for the world, from bestselling author, ex-major general Jim Molan. What are Australia's options in confronting a rising and belligerent China?

For the first time in nearly 80 years, war on our doorstop is not just possible, it is likely. Former army major general and Liberal Party senator Jim Molan has fought wars, reviewed intelligence, participated in government and conducted business in hotspots across the world, making him an expert in evaluating risk and reward in perilous military situations. In this sober assessment, Molan examines the present and growing danger of China's rise, not just to Taiwan, Japan and other countries in the immediate region, but also to the geopolitical balance of power as it has existed since the end of World War II. He suggests what China's endgame is, how war might start, what war with China would look like and, importantly, what Australia's best interests and options are. Acknowledging the increasing awareness of possible conflict, he stresses how important it is to prepare for the right war, not the war we would prefer to fight, or the one we think might never happen.