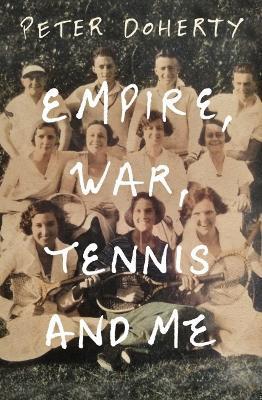 Empire, War, Tennis and Me

In this personal yet unsentimental memoir, Nobel Laureate Peter Doherty unearths the revealing and unique history of tennis and its ties to culture and nationalism.

For those who look, and think deeply, new connections emerge. Peter Doherty, one of the world's foremost authorities on immunology, recipient of the Nobel Prize for medicine, and an active and respected commentator on public health, reflects in this book on empire, war and tennis. Doherty identifies the origins of modern tennis within its imperial context, relating seemingly unlikely connections between the sport, its players and national militaries. He traces the fate of tennis-and its players-as a nascent force for internationalism and cultural tolerance within the context of World War II. And he personalises this account through an unsentimental but revealing depiction of his tennis-loving Queenslander uncles, at war and in captivity in the Pacific. As Doherty shows, tennis and war have threaded their way through the lives of many people since the nineteenth century, in a way intriguingly unique to this sport. This is part of Peter's story. And, as we come to realise, it is also part of the story of our world.