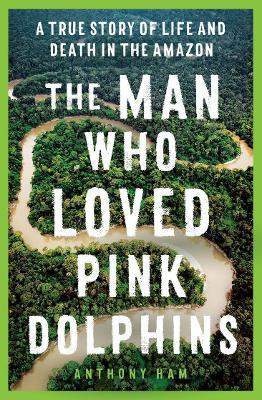 At a time of great peril for the Amazon and its inhabitants, as vast areas are being destroyed with frightening consequences for our planet, the rainforest itself becomes a haunting character in this gripping book. The Man Who Loved Pink Dolphins is captivating, crucial, terrifying and hopeful, and is very much a story of our time.

This is the story of Christopher Clark, a remarkable man who spent his life helping to save a pristine corner of the Amazon rainforest in Brazil. Clark's strict childhood sent him far from home in search of adventure, landing him in the Amazon, where he fell in love with the forest, its people and its wildlife. When a village elder in a dying riverbank town begged him to save the forest and its inhabitants, this challenge became his life's work. Over the next thirty years, he set up home in one of the most remote parts of the Amazon and lived an extraordinary life. Together with the isolated Waimiri-Atroari Indigenous people, he stared down men with machine guns, weathered government campaigns to discredit and drive him out, apocalyptic fires, and more. Australian writer Anthony Ham travelled to Clark's forest home in Xixua, and listened as Clark told his story for the first time. With Valdemar, an Indian guide and Clark's lifelong friend, they explored the forest world in a dugout canoe as pink dolphins swam beside them. They spoke for days over caipirinhas, as Clark told stories of close encounters with jaguars and anacondas, of his life among the people of the Amazon, and of the deadly threats still being made against him. Ham brings to life the forest and its many dark and beautiful secrets, as well as depicting Clark in all his complexity. In the process the two men, writer and activist, became friends and together faced one last attempt on Clark's life