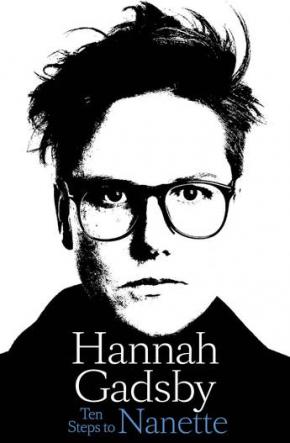 The memoir from Australia's much-loved comedian, Hannah Gadsby, whose stand-up show and self-described swan-song, Nanette, played to sold-out houses in Australia, the UK and the US. Its launch on Netflix, and subsequent Emmy and Peabody wins, took Nanette (and Hannah) to the world.

Ten Steps to Nanette traces Gadsby's growth as a queer person from Tasmania - where homosexuality was illegal until 1997 - to her ever-evolving relationship with comedy, to her struggle with late-in-life diagnoses of autism and ADHD, and finally to the backbone of Nanette - the renouncement of self-deprecation, the rejection of misogyny, and the moral significance of truth-telling. Equal parts harrowing and hilarious, Ten Steps to Nanette continues Gadsby's tradition of confounding expectations and norms, properly introducing us to one of the most explosive, formative voices of our time.