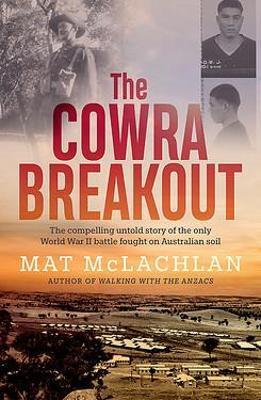 During World War II, in the town of Cowra in central New South Wales, Japanese prisoners of war were held in a POW camp. By August 1944, over a thousand were interned and on the icy night of August 5th they staged one of the largest prison breakouts in history, launching the only land battle of World War II to be fought on Australian soil. Five Australian soldiers and more than 230 Japanese POWs would die during what became known as The Cowra Breakout. This compelling and fascinating book, written by one of Australia's leading battlefield historians, vividly traces the full story of the Breakout. It is a tale of proud warriors and misfit Australian soldiers. Of negligence and complacency, and of authorities too slow to recognise danger before it occurred - and too quick to cover it up when it was too late. But mostly it is a story about raw human emotions, and the extremes that people will go to when they feel all hope is lost.