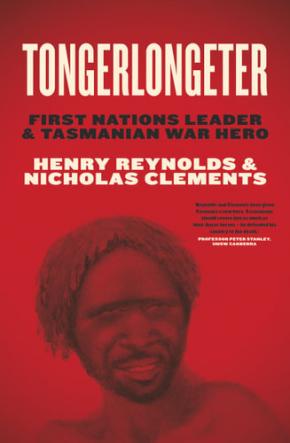 During Tasmania's Black War of 1823-31, Tongerlongeter led the most effective Aboriginal resistance campaign in Australian history. His Oyster Bay Nation of southeast Tasmania and his ally Montpelliatta's Big River Nation of central Tasmania made some 710 attacks, killing 182 colonists and wounding a further 176. Despite this, First Nations casualties were up to three times greater and their population plummeted. Militarily it was a lost cause, yet their determined resistance and dogged commitment to Country, culture and each other provoked desperation at every level of the fledgling colony.

Tongerlongeter was the lynch pin that held his people together in the face of apocalyptic invasion, before and after the historic armistice that ended the war on New Year's Eve 1831. But while his achievements rival those of any Victoria Cross recipient, he is buried in an unmarked grave on Flinders Island. In Tongerlongeter, acclaimed historians Henry Reynolds and Nicholas Clements retrieve one of Australia's greatest war heroes from historical obscurity.